The WooCommerce updates dilemma is something I am describing related to the now very frequent releases from WooCommerce. Are WC Vendors plugins compatible with the current version of WooCommerce or WordPress or PHP? The short answer is yes. The long answer, well I’ll get into that now.

The WooCommerce development team decided to switch from a feature-based release cycle to a time-based release cycle. They’d release more frequently with smaller releases that have fewer fixes and possible bugs. This started as a two-month cycle, with the major releases coming out every two months. July of this year they announced that they have perfected their project life cycle and were switching to monthly releases. Fewer features, fewer bugs, that sounds like a great idea!

Now we all know that keeping your WordPress site and all plugins and themes up-to-date is crucial to keeping your site running like a well-oiled machine. That means having a good staging server and testing system in place. That means checking on plugin updates regularly and having the time to keep up with everything. If you’re running a WooCommerce based site, I’d take a guess that you’d have at least 5-10 other WooCommerce based plugins also installed.

WooCommerce has a feature that allows 3rd party developers to declare what version of WooCommerce their plugin is compatible with. When the WooCommerce updates were coming out at a regular pace it was easy for us to know if and when a plugin you use, like ours, was tested with the latest version.

After a couple of years of this system, it has conditioned users to hesitate to update their websites until all their 3rd party plugins were tested with the latest versions. Everyone has had a plugin update blow up their site at one point or another. So now they don’t want to update anything while the have these notices telling them, this isn’t tested. That notice for WooCommerce updates is only for testing with that version. It’s not a notice saying that the 3rd party plugin won’t work.

So what’s the problem?

The idea of more frequent releases is a good idea in theory. But what happens when millions of websites and businesses are reliant on your product and you start releasing so frequently it becomes impossible to keep up. As 3rd party WooCommerce developers, the burden is now on us to release a new version of all our products every single time that WooCommerce sends out a release.

They are effectively forcing us to send out useless releases just to update the ‘tested to’ information to re-assure our customers that our products, will not break their sites when they run their WoooCommerce updates. But they aren’t forcing you to do anything. When your customers see a red notice on their update screen, that’s scary enough for them to not update your plugin or WooCommerce. Thus forcing 3rd party developers to send out a release to say its been tested. This is resulting in millions of update notices appearing on people sites just so we can ensure to our users that our products won’t break anything.

This also puts a huge burden on our users because not all of you are tech-savvy or able to keep up with every single update and test every single thing. Not all of you have staging sites which can result in effectively bricking your income source due to lack of testing, not just on your side but also, recently on the WooCommerce teams side as well.

More releases with fewer features mean easier to test right? Wrong. When you’re sending out updates on an almost weekly basis it doesn’t give 3rd party developers or users time to see there is an update, test it and report any problems. The current WooCommerce 4.5 release is a prime example of what happens when you decide to release things on a time-based schedule instead of giving your users time to actually digest everything.

Here are WC Vendors we are a small but dedicated team. Our number priority is our users and ensuring that they are able to succeed. This means providing a stable, clean, performant system for you to use.

This means that we are always and constantly developing on the latest and greatest versions of everything required to run your marketplace business. This gives us the opportunity to find any issues that might arise from those frequent WooCommerce updates and address them. If we find a business breaking issue, we address it and get a release out as soon as we can. If its something that has changed but doesn’t break operations, it just gets rolled into our next release.

Due to our stringent, active development, it doesn’t make sense for us to rush out a release to change an update notice. We would prefer to focus all our energy on ensuring that we can build the best product for you our users. If we do miss an issue, we will do our best to address it as soon as we can. We are always available via our various support channels and welcome your feedback at all times.

From myself and all the team here at WC Vendors, I would like to say thanks for your continued support over the years and we look forward to helping you succeed in the future. 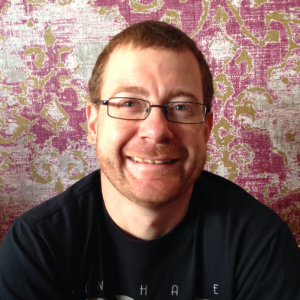 Jamie is the founder and lead developer of WC Vendors. He has been working in the WordPress, WooCommerce and Marketplace space for more than 15 years, 8 of those dedicated to multi-vendor marketplaces.

Get updates straight into your inbox We're here to help you succeed. Drop us a line and we'll get back to you shortly. Get fresh content on creating, managing and marketing your WordPress Marketplace directly to your inbox.